‘Ow fer you got ter’ go, Mate?’ asks the ‘chance companion’ of the sailor, as both emerge from the crowded London underground train in this February 1924 Punch cartoon by George Scholefield Dixon (1890-1960). ‘China’ is of course the answer. I like Dixon’s cartoon for what it suggests about the quiet interpenetration of the worlds of Britain and of the British in China. February 1924 was not a time of crisis, but one of calm in Chinese-British relations. Most Royal Naval personnel would have spent some time on the China Station during their careers, whatever their ranks. The man squashed next to you on the underground might well be heading out to China, or on his way back home with silks and souvenirs. And where, after all, was the absent naval father in Arthur Ransome’s much-loved Swallows and Amazons: he was of course out in China. 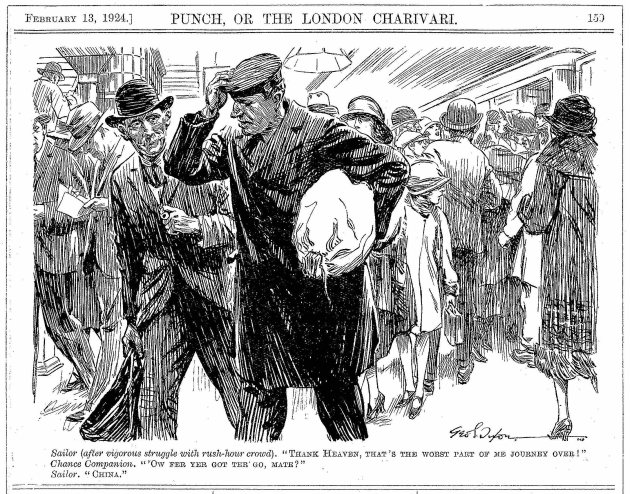